I collaborated with Gabriella Cammarata and Alex Lotsos to create this two-player bodybuilding game. A random bodybuilder pose would appear on the screen, and a player would need to mirror that pose by holding two pressure-sensitive controllers, and standing on the mats provided. The game had an additional social aspect, where a webcam feed would project the players’ poses on a large screen so spectators could follow along with the action. The player who applied the most pressure to the controllers during the round would be declared winner. The winner had their pose captured and displayed on the screen. We made this project using Unity Game Engine for the digital game and used Arduinos to build the custom controllers. As for my individual contribution, I built the floorboard controller rig and created all digital assets. 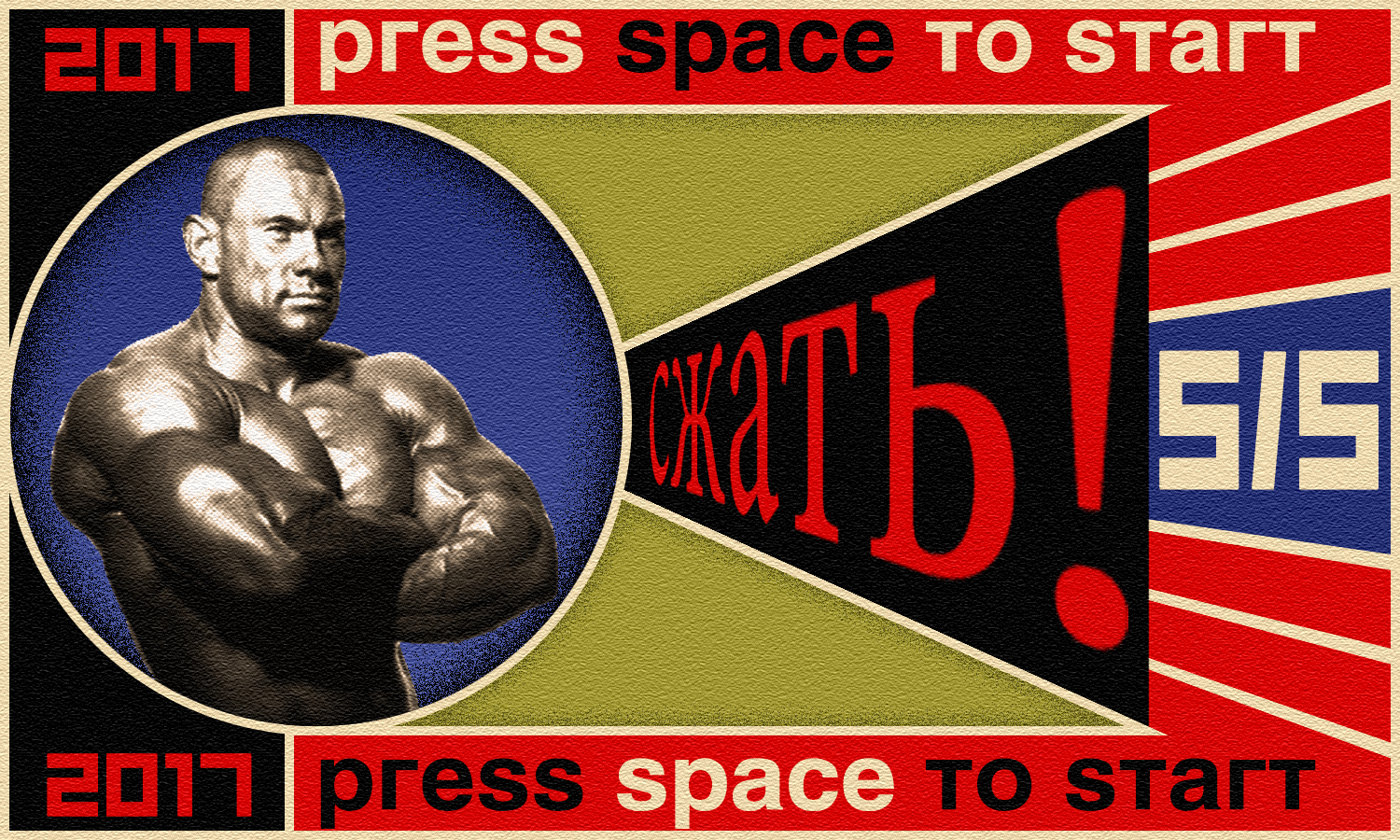 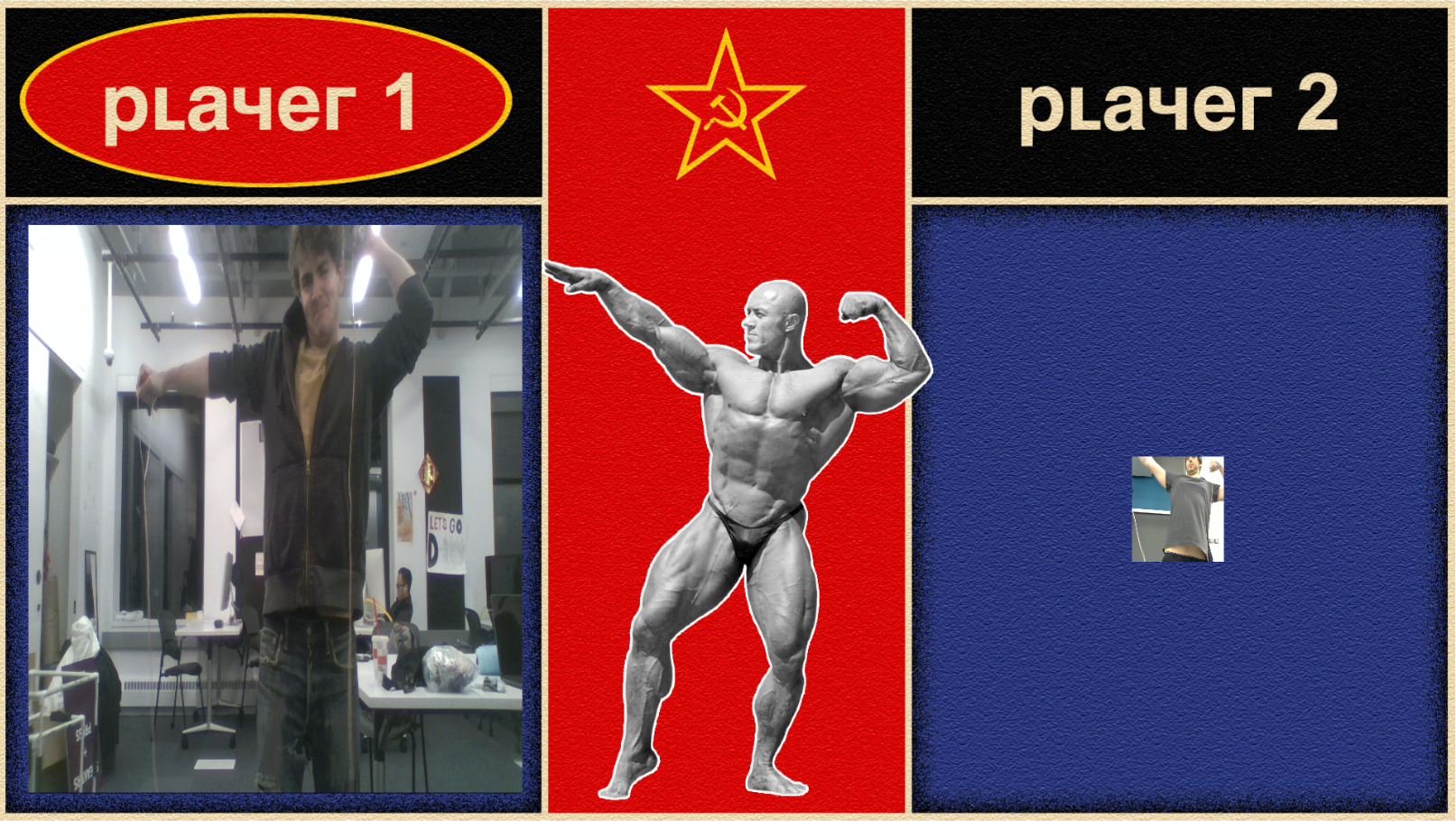 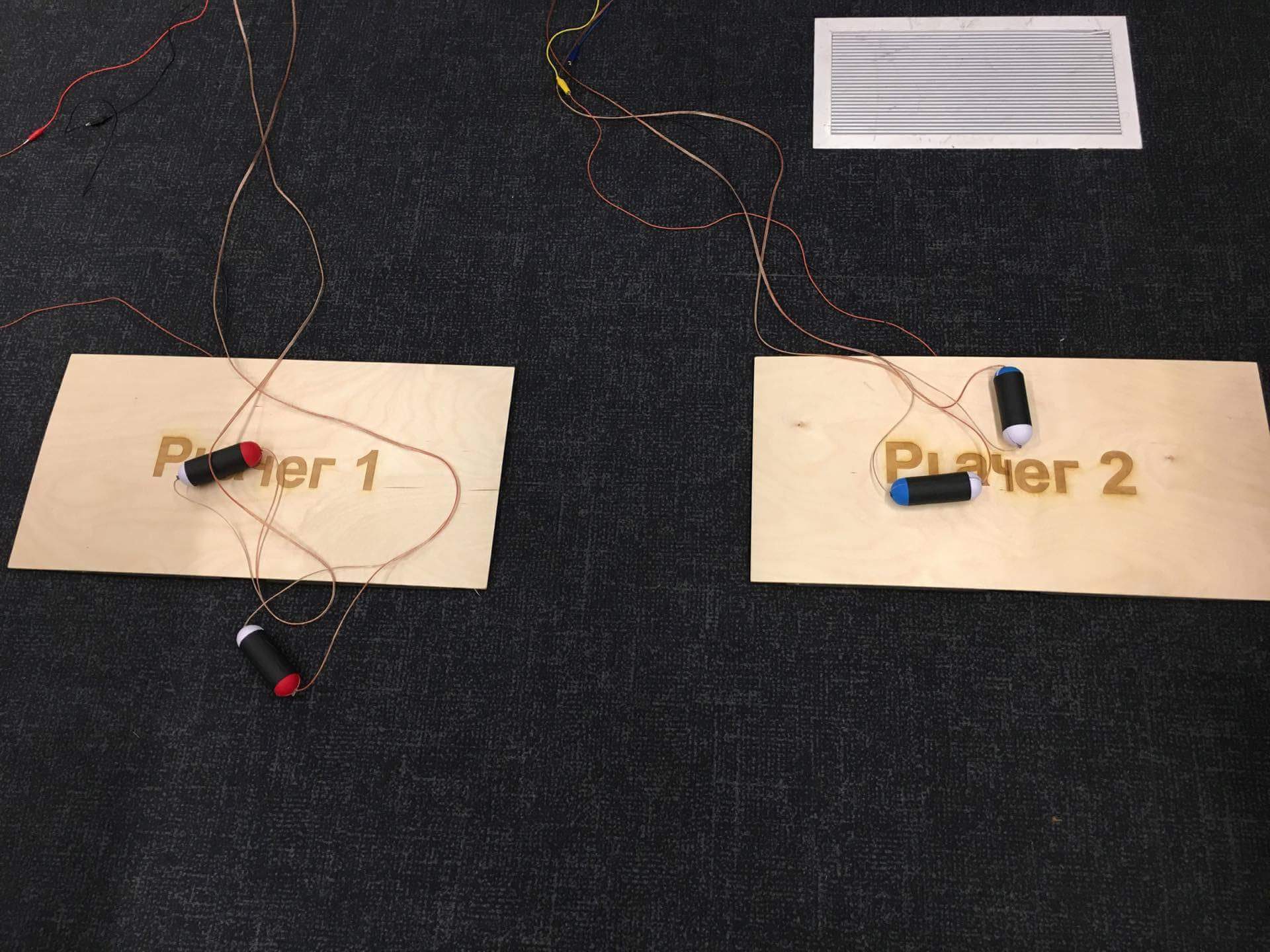 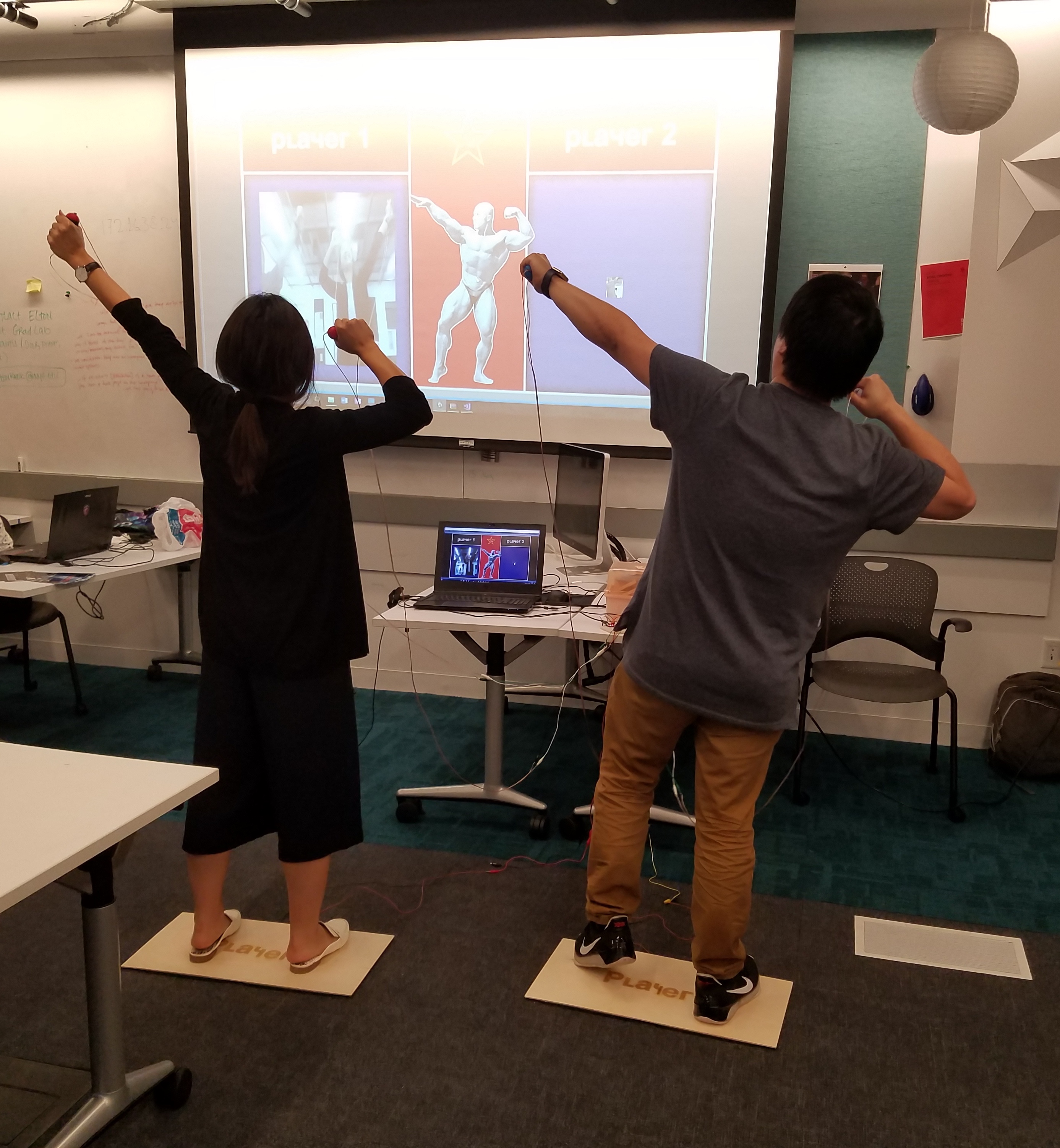